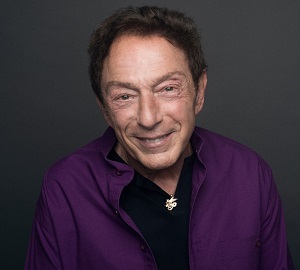 Marty’s career as a lyricist began when an unknown piano player (and his life-long friend), Barry Manilow, asked him to collaborate.  Though they were born and raised just blocks apart, they actually met while working together in the CBS-TV mail room in New York.

Barry was determined to have a career in music, and they began by writing commercial jingles.  This collaboration resulted in over 30 songs recorded by Barry, many of which have become standards of American popular song.  These include "It’s A Miracle," "This One’s For You," "All the Time," and "Even Now."

"I Am Your Child " served as title and theme, of Rob Reiner’s "I Am Your Child Foundation." The foundation (introduced with the "I Am Your Child" TV special, hosted by Tom Hanks), was dedicated to increasing awareness, of the critical importance of early childhood development.

"The Barry Manilow Songbook," a musical revue featuring many of Marty and Barry’s most popular songs, premiered at the Mercury Theater in Chicago.

Some of their greatest hits, are included on the chart topping CD "Ultimate Manilow," and on Barry’s CD, "2 Nights Live!," and "Greatest Songs of the 70's."

They are also featured on the multi-platinum DVD "Ultimate Manilow," as well as "Manilow Live from Las Vegas," "First and Farewell," and the "Legendary Greek Theatre Concert."

"Barry Manilow: The First Television Specials," a boxed set including five of Barry's historic programs, has also been released.

Their songs are featured on Barry's critically acclaimed Concord CD, "Here at the Mayflower," as well as Diane Schuur's Concord release, "Midnight."

Marty and Barry wrote 3 songs for Diane, including "I'll Be There" (a duet with Brian McKnight, written with co-producer Eddie Arkin), and a song which quickly become Diane's "theme" song, "Life Is Good."

The release of "Barry Manilow Live in London" included Marty and Barry's song "Talk To Me," which became their newest Top 10 Hit, reaching #8 on the charts.

With Steve Dorff, Marty wrote the Kenny Rogers classic, "Through the Years."

Marty and Steve's collaboration has produced 3 new releases; "You'll Come Through," recorded by Maiko Horisawa, "Something Bigger Than Me," by The Voice runner-up, Emily Ann Roberts, and....

"Love's Never Wrong," by the brilliant and legendary Barbra Streisand, on her album "Walls."

His first theatrical dialogue was written for the "Houdini" segment of the MGM Grand Hotel’s 47-million dollar production, "EFX."  The show (originally starring Michael Crawford, and later David Cassidy, Tommy Tune, and then Rick Springfield), also included his song "Tonight," with music by Don Grady.  Marty wrote eight additional lyrics for "EFX," when the show was updated, a year after its opening. This remarkable entertainment, ran for a remarkable seven years.

Marty’s collaboration with Don Grady continued, and they wrote a new theme for Disney's "Winnie The Pooh," as well as the first eight volumes of Disney’s DVD series "Magic English," songs for the first ever live-action interactive featurette on the DVD re-release of "Alice in Wonderland," and "Sidekicks and Henchmen," for Disney's "Once Upon a Halloween," (international release).

"Disney's Princess Christmas Album" was re-released, to include another new song of theirs for Snow White, "Christmas Eve Dinner."

"Tiana and Her Princess Friends," featured their songs "I'm Happy," sung by Cinderella, "A Rose is a Rose," sung by Aurora.("Where Do I Go from Here," sung by Pocahontas was written with Larry Grossman).

Marty will always treasure every moment he spent with Don Grady, and every note of every song, he wrote with Don Grady. Marty’s career… and his life… were forever blessed, by the grace and talent, of this beautiful man.

Marty received an Annie Award nomination for "We Are One," from the Disney sequel to "The Lion King" – "Simba's Pride," and created lyrics for the score of another Disney sequel, "Pocahontas II: Journey to a New World."

Marty wrote lyrics AND music, for two CD’s (and companion DVD’s), for the widely popular children’s series, "Mommy and Me."

Having succeeded Glen Frey at UCLA, Marty will teach his TWENTY-SIXTH Master Class in songwriting in Winter 2020.

For eleven years, he was honored to present (along with Concord Records), "The Hal Gaba Scholarship." This scholarship was dedicated to Marty's beloved friend and mentor, Hal Gaba, who's enthusiasm and support, inspires every class.

Marty was very proud to have given the 2010 Keynote Address at the 2010 UCLA Extension Graduation ceremony. The event also included a song written by students of Marty's 2010 Master Class, and performed by "Jersey Boys" and "Madame Secretary" star... Erich Bergin.

Marty has also taught his Master Class in songwriting, at Hunter College in New York City.

The second performance of this show was at the Dean Lesher Center for the Arts, in Walnut Creek, California. Marty received the first "Foster A Dream Award", at this benefit for the Foster A Dream organization.

The final sold-out productions of "An Evening With...," (featuring more than a dozen Tony winning, and Tony nominated performers) was in New York City, at the TRIAD Theater.

The Premier of the NEW "Through The Years…An Evening With Marty Panzer," was performed before an invited audience, at the Lyric Theatre in Stuart Florida.

Other releases include: "The First Night Alone" on Kevin Odekirk's album "Unheard," and "How to Say Goodbye" (performed by Monica Mancini), released on Arturo Sandoval's album "A Time for Love."

All this, while he completes his book of observations and personal experiences in the world of popular music. This book will include many of his favorite lyrics.